Shock Treatment has always been Australia’s leading suspension outlet for technical development and design innovation. In order to keep that development process moving forward Shock Treatment purchased a Roehrig 20vs Shock Dyno in 2010. Dynos have previously been available in Australia but in limited form. The power and speed requirement of Motorcycle suspension extends beyond the reach of your average dynamometer. 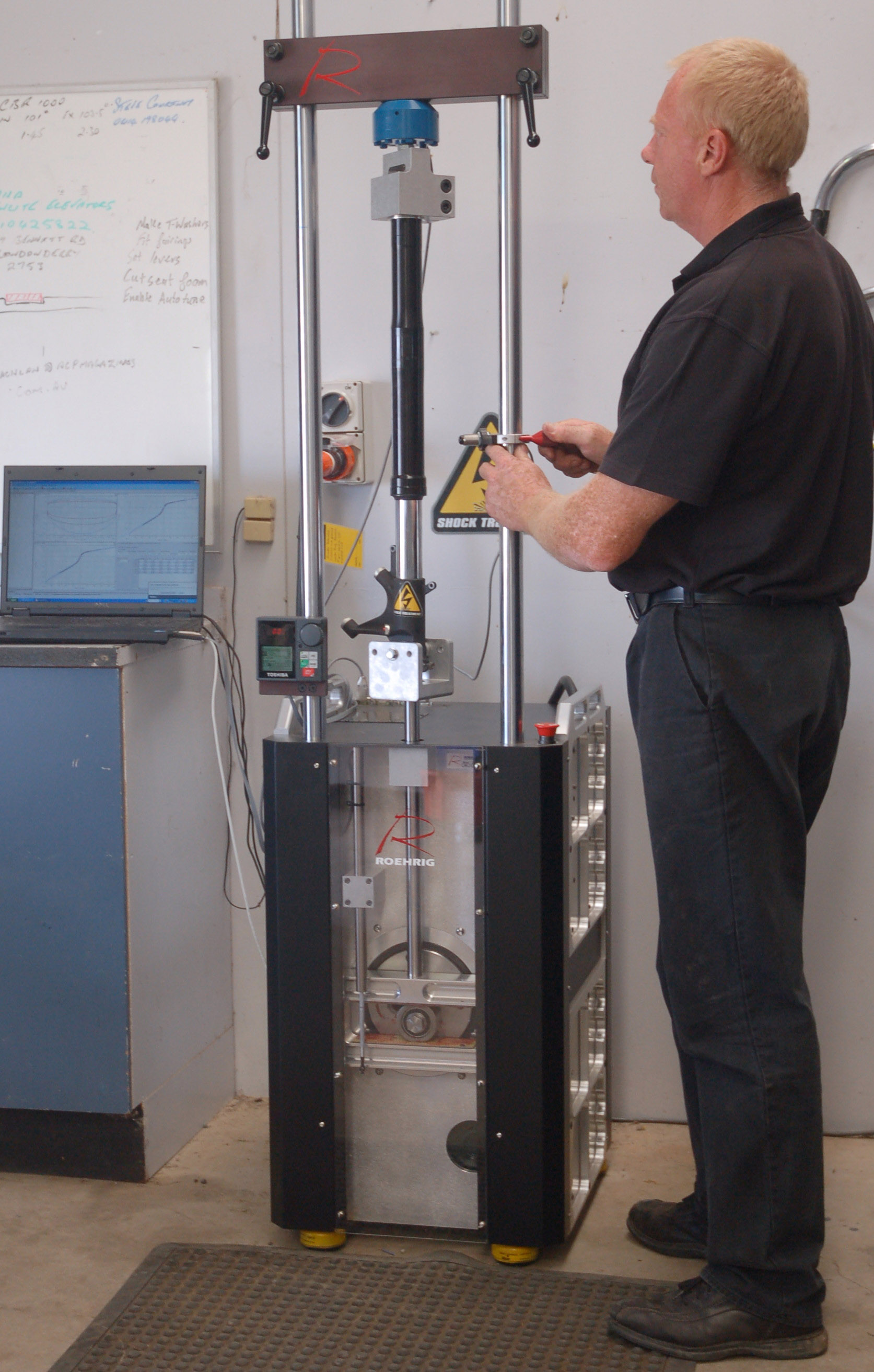 The 20VS damper dynamometer is a faster and more powerful version of the 10VS. The 20VS model is commonly used in research and development, quality assurance, manufacturing facilities, and portable damper development support trailers. The 20VS is fully computer controlled using the SHOCKT Test Control and Damper Analysis software. The standard 20VS features seven English or Metric strokes up to 6 inches (150mm). It has a force capacity to +/- 4500 lbs. and much higher velocities than average sine wave dynos.

The 20VS is the system of choice by many of the world's leading automotive companies and OEM damper manufacturers for their production as well as ride and handling development activities.

The 20VS is used extensively by rally and/or off-road motorcycle racing teams where large strokes, high damper velocities and large damping forces in both compression and rebound are common.

This new equipment will ensure Shock Treatment remains at the technical forefront placing us even further in front of our competitors. It’s also this attitude that provides assurance and confidence for our customers.